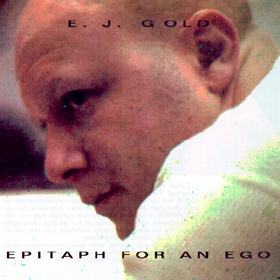 Epitaph For An Ego

This is the original 1971 recording of piano music composed by E.J. Gold for private, small group experiments in sacred dance and dervish practices. He has personally remixed it for GATEWAYS and added pieces never before released! That record album, entitled Epitaph for an Ego, brought hundreds of people to circles specially formed for transformational work under E.J. Gold's direction.

You may find in this music, along with neo-impressionistic elements, rhythms and harmonic structures influenced by music of the Middle East and Islamic North Africa. Its motifs reflect work rhythms of those cultural areas as well as the composer's research into ancient temple dancing and song patterns, particularly as preserved in certain monasteries and dervish communities. The composition as a whole supports a constant inner mood and evokes the form of a great cathedral or mosque. Listen with close attention to this music. As it reverberates within, let it guide you in the austere inner courtyard of the Garden, where mysteries are unveiled.

Note from the Composer: "Through the use of sound, specifically variation in rhythmic structures, chord clash and subtractive frequencies, the velocity of the essential self moving through the lifetime (visualized as a tunnel) can be altered. This has the effect of disengaging the essential self from its hypnotic identification with the human biological machine."

This was the first of E.J. Gold's CDs that I acquired. At once mysterious and compelling this CD would be the last thing I would listen to before falling asleep. Through many times of trouble it soothed and comforted taking me to place of pure love and peace.