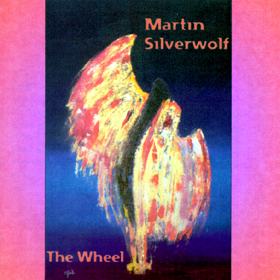 Revolve through the cycles of the seasons with a mantrum of environmental harmony that spirals upward like a prayer for renewal providing medicine to heal you, spirits to guide you, plants to nourish you and a flame to light the way.

The music of Martin Silverwolf seems to come from beyond the beyond on a journey that takes you in all directions at once - a rare and unusual experience.

As he passes on his endless knowledge to another generation, Martin Silverwolf demonstrates the completion of another natural cycle.

This is a combination I cannot recommend highly enough; the mastery of Martin Silverwolf's music, his musical direction and the performance of his proteges Dru Kristel, drummer; Jeanne Kristel, flutist, and the Not Always North American Drum Core.