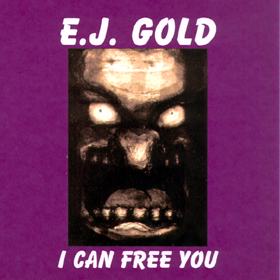 I Can Free You

A UNIQUE SESSION: What went on during the "I Can Free You" recording.

E.J. was sitting at the dining room table eating a crepe for his Sunday morning breakfast. Jimmi Accardi had just walked in from the recording studio with tape in hand as he sat down at the table to get his food. The tape I Can Free You was put on, ready to play. E.J. Began telling those sitting around the long maple table the story of the recording of this album.

E.J. leaned on the table with his elbow and put his chin in arms straightened on the table leaning forward and staring straight ahead. Another engineer he showed leaning against the board blankly staring at the cup of coffee he held in his hand.

"This tape is very potent! I remember playing it for my study circle in 1985 and watching everyone pass out within minutes. E.J. told me that at half speed it only takes seconds. They were frozen in a posture leaning on his arms over the board staring forward and then snapped out of the stare. They hadn't moved for 32 minutes; So I immediately took the original 1972 recording into the studio, slowed it down to half speed (making it an hour tape), transferred it to 8-track, and together with Claude Needham, proceeded to overdub additional synthesizer parts until we passed out."