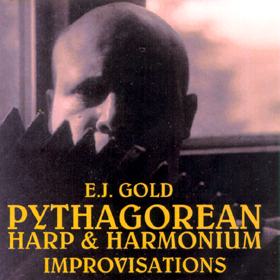 This music belongs to the tradition of objective art which includes music, art, and architecture.

Objective art is invocational of higher dimensions and has the inherent ability to inspire awe at the vision of the Void. When experienced in the form of music it can have a variety of effects.

Objective music opens one to other spaces and takes one there. It can stir, rouse, and enliven, or make one perfectly still and centered. Sooner or later it will take you to a space your deepest self knows as home and in that sense it is profoundly shamanic.

Since objective art portrays reality at its most sublime, the highest level of existence there is, it is not necessarily comforting to experience.

In fact, quite the contrary, it is often very discomforting, and can make one squirm - rather intensely. The expanded dimensional vision can give way to anxiety and foreboding, depending on who we are and where we are, which is another way of defining our own relation to the void.

The more fear we experience in general, the more we refuse to confront our own mortality and immortality, the more threatening and confrontative objective art will probably be. At its most extreme, it can be so overwhelming to the senses that it will occasion fainting. The human nervous system has imperfect buffers to shield it from the radiations of higher spaces and so is often short-circuited.

The tradition of objective art includes the pyramids of Egypt, the cathedrals of Europe, and some Medieval music. In the Middle Ages, objective music incorporated the harmony of the instruments, the harmony of the soul through singing, and the harmony of the spheres, elements and seasons. Otherwise known as musica instrumental, musica humana, and musica mundana, these three realms together contributed to allowing for higher dimensional perceptions, including auditory experiences.

Statues in medieval churches, for example, were clearly heard crying out by the average churchgoer of the time. The ability to move interdimensionally that was common to people in the Middle Ages is more or less absent in people of the 20th century who have very little knowledgeof higher dimensions. As our senses atrophy and we become deaf to macrodimensional sounds, so too we define our insensitivity to other auditory and visual experiences.

What is it about Gothic cathedrals that continues to inspire awe in humans hundreds of years after their creation? Much more profound and powerful than their beauty is the notion of sacred geometryand proportion that defines their structure and resonates according to the same laws that govern the octave. Sacred proportion is at the heart of the Pythagorean teaching and descending cosmic scales. Objective spaces act as elevators and transport us to other dimensions with more substance than this one; they raise our vibration level. The experience of "going to a higher space" is easily verified in the great cathedrals of Europe. The lighting effects and moods are also clear attention triggers placed in precise positions in order to produce the proper mood in the observer. The architecture is so powerful andso precise that one can literally feel one's head being stretched and expanded upwards.

As you listen to Pythagorean Harp & Harmonium, remember that the sounds you hear are staircases of octaves meandering their way back to central do. The descent is theway back. As below, so above.