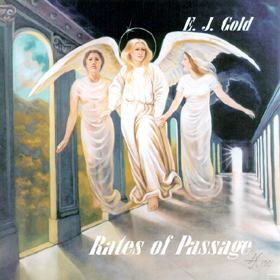 ...I enter into a dreamlike state the quality of which is like a theater in which I'm watching the creation of the whole drama of the reality of the human dimension as well as the five other dimensions of existence.

Suddenly, I realize where I am. I look around and see my former selves all absorbed in the drama that's going on in front of them. I decide to get up and leave before the drama catches me in its fascinating grip.

As I walk out, I can't understand how I could have fallen into that trap again and become hypnotized and stupefied by an unconnected set of pictures, and moreover, how I could have come to believe that something was actually happening to me -- not only believe it, but also feel the sensations in myself as I identified with the action supposedly going on in the drama.

I now realize with sudden clarity of understanding that there is no sequence of events making up the time track and that the apparency of time is simply a random connection of pictures and sounds associated by significance to each other which only makes sense from the dream existence, but the real awakening is still far before me.

-- An excerpt from "The Six Dimensions" by E.J. Gold, The American Book of the Dead