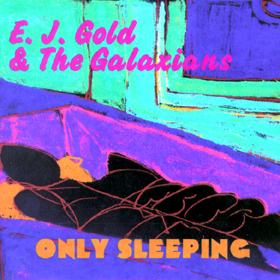 Cover Art Me and My Money serigraphed by E.J. Gold

This VINTAGE 1994 CD is still around! We found four cartons of these little puppies in a back corner of our (reasonably cool) storage unit, tested them to make sure they're okay (they are) and hey--they're yours for only a mere fraction of what they were intended to sell for, because they're, like, you know--old, man. NOT USED, these are brand-new CD's, but the music...that's old.

If you can remember back before the Gulf War, there's a chance you'll know these tunes... Mostly known as songwriters, Jimmi Accardi, E.J. Gold and Bob Bachtold leave their day-jobs and hang out in a music studio nee barn...where they mostly record their own original tunes. But once in a while, they turn to the oldies but goodies of their misspent/checkered youths, and let loose with some of their Psychedelic Era standards, written by the Best of the Best, including Lennon/McCartney, Ham-Evans, Martin, Neil, Nilsson, and the inimitable & great Randy Newman! (There are actually two Randy Newmans, and to add to the confusion, they're both in the record biz--one a songwriter, and the other an RCA producer! Hehe, go figure.... Okay, I know what you're asking...so which tunes are they, and how can I get to hear them so I can make a sensible decision about whether I want to buy this vintage album or just get the originals and pass on the garage-studio indy label covers by guys who really write, sing about as well as your average songwriter, play about the same, meaning they get by--you know...

NOTE: NONE OF THE SONGWRITERS' VOICES, VISAGES, OR NAMES (other than in the usual permissions spots on the album credit lines) ARE ON THIS ALBUM!