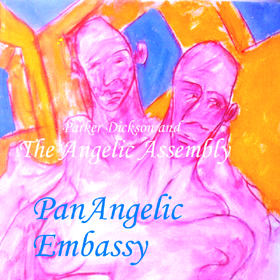 These Fourth Way folk songs elucidated the path for many who needed guidance. Embedded in the lyrics are clues and reminders to work on self for a higher purpose.

One of the song writers, Parker Dickson, portrays in his prolific lyrics the mystery as well as the tangible yet elusive taste for the Work.

Feel free to sing along. The mood and themes of these songs may subtly penetrate your memory banks in order to resurface at a time of need.