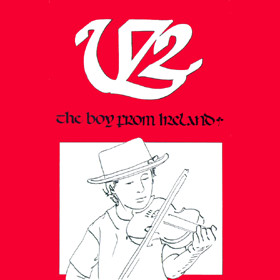 The Boy From Ireland

Zeb was nine and playing a quarter size fiddle when this album was recorded in 1989. He was studying classical violin with Ona Cropper in Vancouver, at the time.

At home, during his daily practice, I'd sit in and accompany him on the mandolin, showing him tunes from the deep well of Irish music, which then he used to love to play.

Around about this time a friend suggested I go into Blue Wave, lay down some music, and send it on to him.

Unable to resist, I asked Zeb if he would help me out on the project. Thus was born The Boy from Ireland.

With this re-mastering from Cloister Recordings you too may share in the pleasure and good fortune I enjoyed as Zeb's musical companion, friend and right hand man. Thanks Zeb. -- Séamus, September 2000

We are the music makers and we are the dreamers of dreams... Yet we are the movers and shakers of the world forever, it seems. Arthur Ó'Shaughnessy

Dedicated to the memory of Chief Seattle & Bill Dundon.