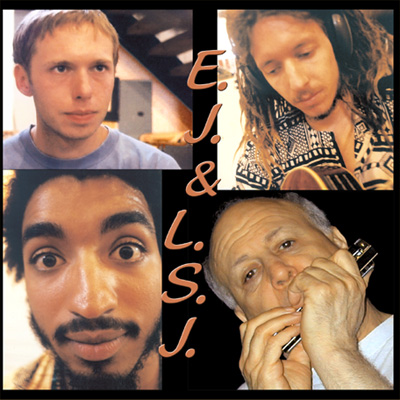 E.J. & L.S.J. -- E.J. plays sax and harmonica with these 3 young inspired jazz musicians. Half the cuts are on the calibre of jazz standards i.e. Sunny by Bobby Hebb, Blue in Green by Miles Davis, Footprints by Wayne Shorter, Blue Bossa by Kenny Dorham and Naima by John Coltrane -- songs all have heard and may not have known their titles. For those who have had the fortune to come to the Institute, this is the elusive jazz CD you may have heard but was never available, until now.

About E.J. Gold, harmonica E. J. Gold is a multi-faceted artist: songwriter, singer, composer, musician, painter, video artist, virtual reality creator. Born in New York City in 1941 he grew up surrounded by artists, intellectuals, and musicians of the '40s and '50s. Both as a composer and musician Gold has been influenced by Philly Joe Jones, Stan Kenton, Pharaoh Sanders, Paul Horn, Moondog, and Harry Partch. 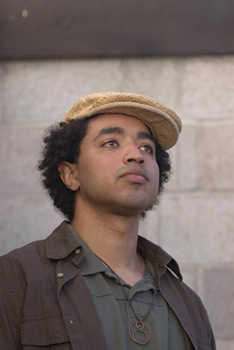 About Isaac James, bass Isaac James, in addition to playing bass, has studied and played djembe music in Senegal. He recently returned from Alaska from touring with Borrina and Kipchoge.

The core trio, L.S.J., works with musicians of all styles in many different genres. They endeavor constantly to expand their knowledge and experience through interaction with diverse musical influences and cultures.